How To Smash Lateral Thinking With This Insane Lesson 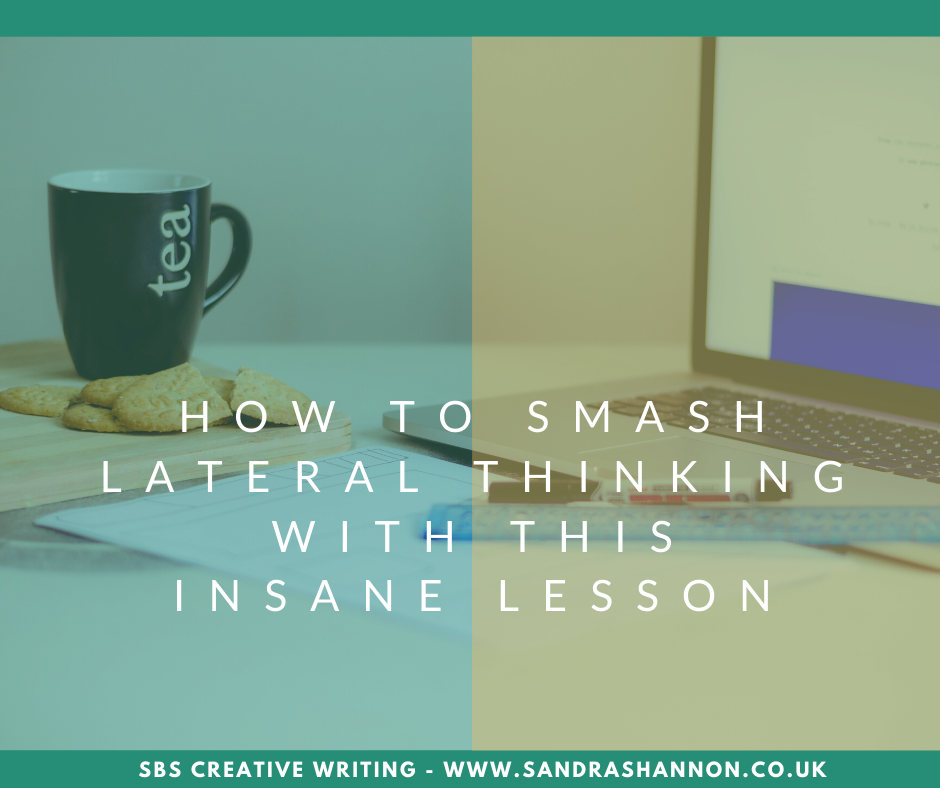 Lateral thinking is as easy as making a cup of coffee. Instant coffee, of course.

At this point, you may well be visualizing the process in your mind. You put the kettle on to boil, reach for a cup, take the lid off the jar of coffee, grab the milk and a spoon. Because we all know how to make instant coffee, right?

Of course, there’s nothing to it, is there? A spoon of coffee, boiling water, maybe milk and sugar, then stir. And that’s about it.

Coffee, But Not As You Know It

Many years ago I worked in a large organisation where attending meetings were a regular occurrence.

One such meeting started with an invitation to the staff kitchen for coffee. There was the senior leader who’d called the meeting and a small number of colleagues, myself included.

We stood huddled together, while our senior colleague handed out cups. So far, so good.

Then, she told us how the process was going to play out. “This is how we make our coffee,” she said, spoken as though it were the most natural statement in the world.

So, the process began. When the kettle was boiled our cups were filled with clear boiling water. At this point, we glanced at each other, with slightly raised eyebrows.

But, she was a c-suite executive, so we went with the flow.

Next came a carton of milk. It was passed around, each of us adding some to our boiled water. We looked down at the unappetizing, cloudy liquid in our mugs; and glanced at each other. Nobody dared say anything but the heavy silence spoke volumes.

All the while, the senior colleague continued on oblivious to our inner discomfit.

She asked if anyone took sugar and a couple of us did. So, the bowl of sugar was produced and whoever wanted it, added that.

Finally, the jar of coffee appeared. We all relaxed slightly, the tenseness falling from our shoulders. The jar was passed along, each of us taking a generous spoonful.

It Is Coffee, After All!

As we stirred the brown granules into the milky water, we couldn’t help but smile at the familiar drink materializing in front of our eyes.

A couple of us took tentative sips and proclaimed that it tasted fine. Once again, our senior colleague seemed completely unaware of our reactions.

We left the kitchen area then, clutching our steaming beverages and the meeting progressed in its usual unremarkable fashion.

So, what of the bizarre coffee-making ritual? I have to admit, none of us dared ask why we’d been instructed to make a simple thing like instant coffee, in such an unusual way.

Let’s face it, I’d never seen coffee made that way before and never have since. But, that said, the finished product was as it should be. A decent cup of coffee.

But then, why wouldn’t it be? All the component ingredients were there. They’d just been assembled in a different order.

A Lesson in Lateral Thinking

Away from the meeting, we discussed the coffee-making procedure in hushed voices.

Was there an underlying purpose to the slightly bizarre ritual, we wondered? A test, perhaps?

Looking back, I’m certain there wasn’t. I feel it was just that particular colleague’s quirky nature.

I’m sure anyone who’s ever worked in a large organisation can recall someone who was known for being a bit eccentric at times.

Now, when I think about the coffee-making, I have to admit it was a pretty good lesson in lateral thinking. Even if it wasn’t intended to be.

It demonstrated perfectly how even the most tried and tested way of doing something can be changed to produce an equally successful outcome.

For writers, this way of thinking often comes quite naturally. It’s certainly useful when it comes to fiction writing. No-one wants to read a story where they guess what the outcome will be half-way through.

Thinking outside the box is also one of the most valuable skills of a copywriter. It’s how those big ideas are created. It’s all about putting the same old message across in a new and exciting way.

He’s written 57 books in all, among them the bestseller, Lateral Thinking: A Textbook of Creativity.

There are lots of lateral thinking techniques and exercises you can try, to give your brain a workout and improve your creative writing skills.

I particularly like brain-storming and mind-mapping to unleash a flow of creative ideas.

Both of these techniques use the right brain and the left logical side. You can tap into the creative, intuitive part of your mind to get a more innovative result.

This type of exercise encourages you to ‘let go’ and it’s then the full force of creativity can kick in. It’s times like that when a brilliant off the wall idea can suddenly pop into your head.

When you’re next stuck for an idea or trying to think of a different way to say something, think of the cup of coffee. Try approaching the idea from a different angle. Turn it around, back to front or upside down. Let your imagination run wild. You may surprise yourself!